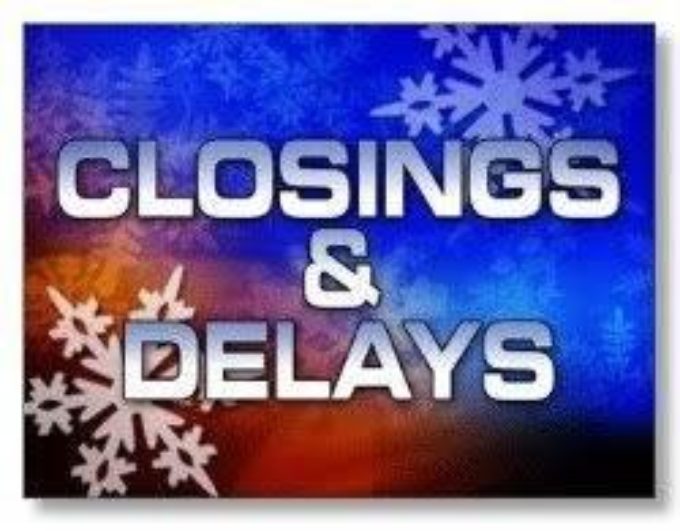 Every effort is made to determine the best and safest decision on cancelling or not cancelling school because of adverse weather. Please take the time to read the information on emergency closing below. Taking the time to acquaint ourselves with the procedures of the policy will assure the safety of our children.

Adverse weather or other emergencies may necessitate a delayed opening, early dismissal or school cancellation. If such a decision is made, area radio and television stations will be notified. Parents may also call the main number, (719) 686-2000, for closing information or consult our district website at www.wpsdk12.org and look at the 'District Operational Status' at the top of the page.

Transportation to off-campus facilities, non-school activities, night, community and adult education activities are cancelled when school is cancelled or suspended early. Athletic events and special school events may be held if weather conditions have improved sufficiently. Announcements will be made over area radio and television stations.

Sign up for Emergency Status Updates via FlashAlert: http://www.flashalert.net/news.html?id=195

The secondary schools may choose to activate an E-Learning day during a cancelled student contact day. An E-Learning day is when students will not be in school but will be expected to complete assigned course work prior to the next scheduled school day. While the District recognizes that classroom instruction with a teacher is preferable, E-Learning days allow classes to remain on schedule and minimize calendar disruptions as the year progresses.

Two-Hour Delayed Start - If adverse weather conditions appear to be developing, the start of school may be delayed for two hours.

Please be advised, the purpose of the two-hour delay is to determine if school will close for the remainder of the day. “Students cannot be dropped off at school until it has been determined that school will remain open”. In the event of a two-hour delay, morning Early Childhood Programs and transportation to off-campus facilities will be cancelled for Woodland Park Re-2 students. In an effort to avoid confusion, no announcements will be made over radio or television to cancel these programs.

Early Release - If school is in session and hazardous conditions develop during the day, a decision may be made to dismiss students early.

On days when conditions at 5:45 a.m. are not severe enough to cancel school, but weather reports or other indications suggest hazardous conditions may develop during the school hours, bus drivers will be notified that it is a "storm alert" day.

An early release decision will be made no later than 11:30 a.m., and the bus contractor will be notified. School will be dismissed approximately two hours following the decision, and busses will follow their regular routes. If school is released early due to weather conditions, elementary level students will not be released from the bus unless an adult is at the bus stop to pick up the student. Any student not claimed by an adult at a bus stop shall be returned to school to await pickup by parents/guardian or appropriately designated adult. Each building will notify the District office when busses have cleared.

Parents should make previous arrangements for their child if there is no one at home on early release days. Designation of responsible adult for early release shall be made at time of student enrollment.

The absence of a publicized decision should be interpreted as a decision to have school. School will be held if at all possible once the school day has started. Every effort will be made to complete the day. However, parents should use their own judgment in sending students to school when severe weather conditions exist.

If a parent's judgment is that weather is too hazardous to send his/her child to school, that child should be kept at home. The school should be notified according to the usual absence reporting requirements.

Parents also need to consider individual circumstances such as walking distance to the bus or school, bus shelter, size, age, and condition of child, clothing, etc. Parents and staff should insist that students be dressed appropriately. Staff will contact parents when students are not dressed appropriately. Safety skills needed during bad weather should be reviewed frequently.

If, at any time during the day, in the parent's judgment, the weather is so severe that he/she or an individual representing him/her (with parent’s permission) wants to come to school and pick up his/her child, principals will release the student. The school will maintain a log of children who are released early and to whom they were released.

On occasion, school will be held but some bus routes may be modified because those busses anticipate hazardous conditions, while others do not. Routes commonly affected are Sherwood Forest and Tranquil Acres. If a child is scheduled on a route that has been canceled, the parent may bring the child to school in a private vehicle providing the student is taken home by the same method. A bus route canceled in the morning will not be run in the afternoon.

Working together and understanding the procedures to be followed, not only can assure the safety of our children, but it can bring, you as parents, peace of mind knowing that your child has been taken care of properly.